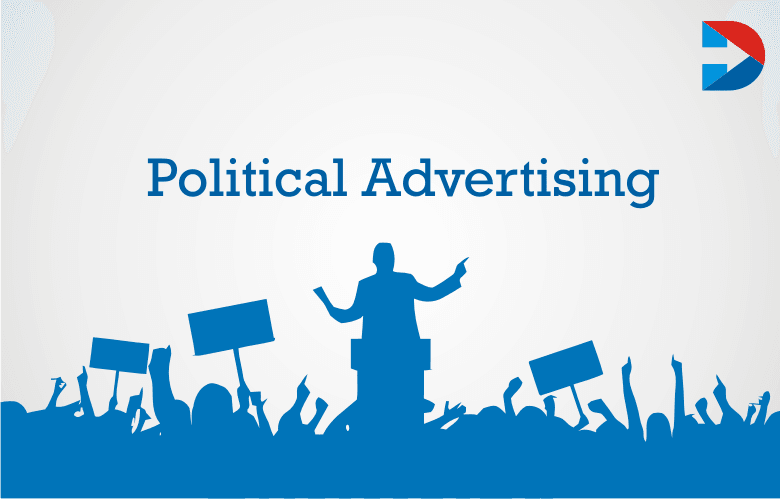 As we all know, traditional Television ads always remain a foundation for any advertising campaign. But Voters should be alert that every type of digital screen will host political apples soon.

Research by the election commission found voters were likely engaging with the humorous campaigns regardless of trustworthiness and without proper identification as a part of the election battle.

Print ads, Radio ads, Television advertising, digital ads, and direct mailing are the most common ways a political candidate communicates through political campaigns. As 2020 is exceptional for the election year, it’s a prediction that expenditure on political ads will rise to 150% compared to the last election campaigns on social media.

The Impact of the Internet on Political Campaigns

The expansion of cable TV networks and the advanced technologies internet grant candidates the ability to reach a large audience and communicate their political campaigns directly through the Internet.

Unlike traditional campaigns, social media innovations have streamlined the process and offered more options to reach a broad audience with a little effort.

To bring more Transparency to online campaigns, google launched India-specific political advertising campaigns, transparency reports, and searchable ad libraries. Google takes an initiating step toward the 2020 election campaign openness on online advertising and enables the voters to get the election-related information they need.

Now Google has updated its election campaign policy in India. It now required election ads running by advertisers to provide a pre-certificate issued by the Election Commissioner of India. Later Google will verify advertisers’ identity before running their campaigns on the platform. The Verification process will start in a few days.

Facebook has put a policy on Facebook Advertising,,,,,,, not only the candidate based ads. It also focused on a legislative issue where the public has given importance to where ads are being run.

Facebook, not even, blocked any account, posts, and videos. It is just asking for more authorization for those running political ads on its platform. Facebook is proposing providing legal documents like a passport, driver’s license,,,,,,,,, or mailing address to send a verification code.

If you or your party are running political campaigns on the world’s largest social media platform Facebook it may be a great chance to win. If it is a traditional Facebook advertising for a business or to boost your posts, you should be giving social network details and credit card details.

To create new paid advertising for political campaigns, Facebook allows us to work on money through the new validation process.

Linked is a precious tool or a network where you can see like-minded professionals. LinkedIn impresses the audience with factors like personalization, Scalability, and acceptance of multiple objectives.

This option is available on desktop websites, and directly reaches the effective ads option to set up. For the first time, advertisers can monitor and analyze the performance of the ads on Campaign Manager.

LinkedIn consists of more educated voters to draw their attention toward casting their votes. 79% of Linkedin voters are intended to cast a ballot by watching political campaigns on social media.

Twitter labels new political ads policies earlier in the 2018 election in India. Twitter is letting news outlets apply exemptions to its political ads as a part of the latest updates on social media platforms.

Other steps include labeling the promoted ads or the tweets which contain political content. Finally, the accounts should get a certification process which are running the political ad campaigns on their mind.

Twitter has given a chance to the new publisher’s exemption from the new policies to reach their criteria, whereas having more than 200,000 monthly unique users for the site.

These are the different types of political ads that would stream, broadcast, and be Instagrammed on social media presence and for the coming years.

Targeted TV political ads are temporary and are highly competitive enough. It has some technical limitations through targeted TV ads. Political marketers should focus more on creating targeted TV ads.

The use of digital media campaigns and social media ads is exploding in all directions of the Internet. So the election commission has decided to bring Transparency over political advertising on social media sites.

The election commission believes that Transparency is the only solution to make politicians campaigners honest in their political advertising. It helps the voters to argue and find the right one among social media ads.

Positive ads are the most general type of political campaign that consists of video content. These ads involve the candidate talking about the current issues with the background representing the icon of their native place.

Positive ads bring brand authentication to the candidates with the related background to get support from the community voters. These campaigns generate donations and remain eligible citizens to cast their votes throughout the campaign cycle.

Negative ads are the most natural type of ads to display the footage from newspapers, online news,,,,,,,, o their competitors negatively in political campaigns. It will destroy the reputation of your competitors and enhance the sentiment of the candidate.

These ads do not contain a call to action like “Don’t cast For for some X.” A simple message and reason are needed for negative ads to resonate with your campaigns. Negative ads generally use red or black color as a background to dispatch the opposition candidate.

Citizen testimonials are the best ways to impress the voters fighting for a cause. If an average citizen sits beside the candidates or an activity done by the candidate date with an ordinary citizen, these ads reach more audiences.

The decision to launch the Facebook Ad Transparency tool, especially for political campaigns in India, will in the fourth Market after U.S…….., U.K…….., and Brazil.

What does it provide in terms of Transparency? It is already started in the U.S…….. and gives the information to users, the buyer of that particular political ad. It also tells you how much you paid for those specific ads. It also catches the misinformation provided by third parties.

This feature will flag the political ads that are misleading, violent, or projecting any lousy information. Moreover, it filters the ads by country. Facebook is restricting the third-party tools political advertisers use to target maintain the library for online searchable Ads where all the relevant ads of a particular political advertiser are shown along with demographics and impressions of that ad.

It is named ‘Ads Transparency Center’, enabling global Twitter users to find the political advertiser on it.

The added extension is that they provide information about what factors the political advertisers are using to target the demographics — the additional information of badge showing that the ad as a political will be displayed.

If the user wants to see the ads from a specific advertiser, they can search using a particular handle. It helps to find the creator of political ad campaigns within a week. When the account is suspended, then tweets won’t be displayed.

Google introduced the India Political Advertising Report as already running in the United States. It makes Google users see the report of the political ads through search. That enables the users to get information about who is buying political ads on the platform of Google. Additionally, how much are political advertisers spending to launch political ads on Google?

It includes the location-wise amount spent on political ads. From highest to lowest paid advertisers list displayed. The political advertisers who are going to promote their political ad then they should submit their Government Approved ID.

Most advertisers go for choosing the keyword that displays their ad to the user searching for that keyword. Hence, political advertisers should spend more.

Google generates the disclosure of who paid for the political ad. Google will use the information given during verification to provide the exposure as ‘paid for by.’

The Internet is the treasure to raise the fund for the election campaign when it is used realistically. Before promoting your political ad go through the terms and conditions,,,,,,,, as some online advertisers will not mention canceling the contract.

The public is messed up with the flood of political messages. Share information about the people facing the problems and how they can be solved. This makes people talk about politics between friends, colleagues, and families.

Reach the most experienced and established individuals, publishers, and organizations so that there may be more chances to overcome the complexity of online political advertising and can quickly impact the online users to vote.

Use the  componentsonline media components to disclose all types of ad campaigns through text format, audio, and video format that reach each online user. Try to find the metrics to launch effective political ad campaigns.

Advertising on a search engine like Google will help to expand your political ad campaign to millions of online users. The keyword plays a vital role in the search engine. But picking the opponent’s keyword is not good for finding better results. Advertising on the keyword of their own candidate’s name is the suggested one.

Finding local advertisers will help boost the election campaign as they might know which type of political ad campaigns are most preferred by online users.

For suppose,,,,,,,, if the public is posted a message on your Twitter profile stating a particular issue. Then respond to them immediately on behalf of solving the problem. It charges no cost to get the attention of the public.

It is the biographical video ads that most compel the public. It shows how Clinton’s journey started from a small-town root that presents the candidate’s’s’s’s’s’s’s’s wisdom, work principles, and sense of humanity. Bill Clinton defeated George H.W. Bush with electoral votes of 69 percent.

This video has gone viral as the music was added to irObama’s New Hampshire primary concession speech. Over 30 celebrity artists are singing his words. It helped to gain online fundraising. Obama defeated John McCain with 68% electoral votes.

It was one of the most effective ads in 2004. George W. Bush states that John Kerry was a flip-flopper of the political wind. George W. Bush won 53% of the electoral vote.

This campaign will generate the message of electing the right person to gain the freedom to live.

As 2020 is an election year, all social media platforms are set to raise revenue. Experts believe that expenditure on political ads through social media will increase up to 150% compared to previous years. Make sure to introduce social media for political ads in your candidates’ political campaigns with the help of this ultimate guide.

Customer Journey Map: How to create a customer journey map?