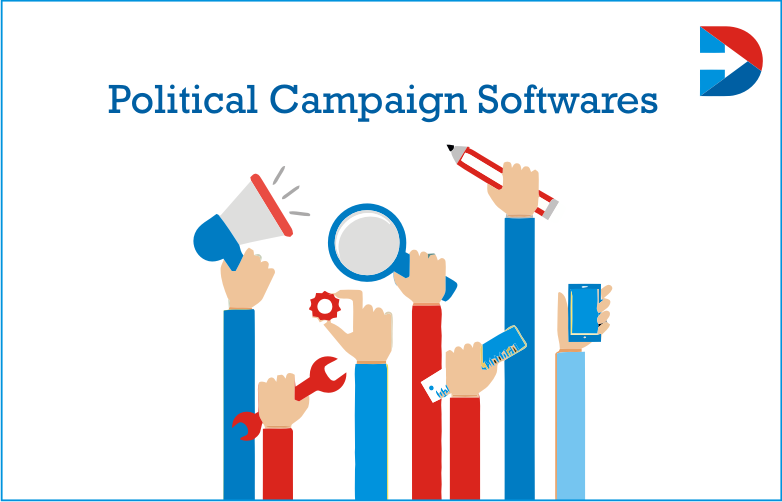 The political fire is leading the elections to have the new shade of digital marketing and social media advertising. The new age of political campaigns is piloting the politicians towards the engagement of social media and ad networks audience where they can find the potential voters. In the same way, the automation of launching the political ad campaigns is necessary to establish the most customized email campaigns and feed data that has been accepted by the algorithm search results. Moreover, the adoption of advanced political campaign software is necessary to build a political party reputation.

This platform is designed for attracting the people and helps the political ad campaigns to reach the relevant audience and let them become vote. This is the integrated platform of customer relationship management (CRM) and content management system.

By using this platform, the politicians can build an effective and lasting relationship with the constituents through the engagement on social media, intuitive constituents’ services by enlightening the analytics of the ad campaigns.

This is one of the trending political campaign software that helps the politicians to inspire, launch the impactful ad campaigns, and manage the ad campaigns.

It is the top advocacy software that enables the business to mobilize, educate, and engage the voters of the community at the state, local, and federal levels.

The aim of Ecanvasser is to establish the political ad campaigns, non-profits in mobilizing, and engage the communities.

It is the fundraising tool that can boost up the power of grassroots. To process the donations, it is more benefit able.

It is the cloud-based platform for analytics and advocacy through which anyone can connect with the advocates and members with the elected persons at the state, local, and federal levels.

It is mostly used in the category of political ad campaign through which the politicians can analyze the ad campaigns, donor target, demographic data, etc.

It is the cloud-based platform that helps political ad campaigns, sales, labor organizing, and advocates.

Who are not ready to face the issues of payroll tax scalable and calculations can be solved by using this platform. This is most helpful for small scale organizations.

It is the most important and simple use friend to friend outreach channels, which can be used to engage the voters by the creation of a personal relationship that adds value to the ad campaigns.

It is the most significant ad campaign manager that helps in fundraising, account channels with 24×7 service.

By using this tool, one can launch the grassroots ad campaigns and efforts of advocacy that can be used to bring the data in one place.

We can make use of the customized donation forms, which can be embedded into one’s website, donor management, donation pages, recurring donations, robust integrations, automatic donation receipts, etc. can be done through this tool.

The grassroots teams can target and reach better prospects by using this political canvassing tool. It provides the user data that can be used to find your relevant and reachable prospects. This creates the lists automatically that helps in lessening the door to door canvassing time by walk.

It is the tech and purpose-driven platform, which helps in the transformation of brands and also helps in engaging the potential audience from which can find the voters. Through this, one can build community growth, transforming business organizations and build platforms, etc.

It is the integrated and complete non-profit manager that can be used in donor management and nonprofit fundraiser. This helps to concentrate on the data of the donor by reaching the target. Moreover, anyone can use the data from anywhere like mobile, computer, and tablet.

We can make a connection with the supporters by sending the text and voice messages by using this portal. Through SMS, we can find the audience’s email and name. Moreover, the phone banking can be used to find the thousands of volunteers, and you can remind the election dates to your supporters.

This tool helps in offering effective performance, sales, and higher velocity insights. Through the automation and priority of customer-centric points, it helps to triple the selling and drive the sales pipeline.

It is the only tool that is built with Big data software features that can feed the SMEs and Enterprises. It offers the complete end to end solutions that are accessible on windows. No code sandbox, data visualization, data mining and collaboration, and high-volume processing at one place can be done through this Big Data services.

This is the innovative digital company that provides curated events, targeted consulting engagement, and research-based data for the brands.

It is the symbol of campaign management effectively, and you can manage the campaign through fundraising, accounting, and compliance with 24×7 support.

It is the solution for providing the data that includes the voter data, demographic data, address data and consumer lifestyle data, etc.

It is the automation platform that tests on different mobile platforms like Android, Web, and iOS and also on desktop browsers. It offers a number of prebuilt functions, especially for web automation and mobile applications in leveraging tools such as Selenium, Protractor, and Appium.

The establishment of this tool is providing the helping hand to the democratic candidates, non-profit organizations and committees, etc. through the fundraising service by managing the contributions.

It is the event technology and ticketing channel that can be used by the businesses in organizing and selling the online event tickets that let the audience find the events.

It is the tool for compliance and donor management tool for political ad campaigns. The excellent features like tracking calls, sending emails to the potential donors, callbacks and pledges, etc. can be executed.

Dialer 360 is a design of dialer application that can be used to connect with the callers that include high-quality pre-recorded messages to their products or services.

The above-mentioned political campaign software helps in gaining the reputation of the brand at the relevant audience who can become the potential voters. Along with the tools, an excellent marketing team is required to blast your political campaigns.

What is Data-Driven Marketing? – The Ultimate Guide to Data Marketing

100+ Google My Business Tips Important for Every Local Business