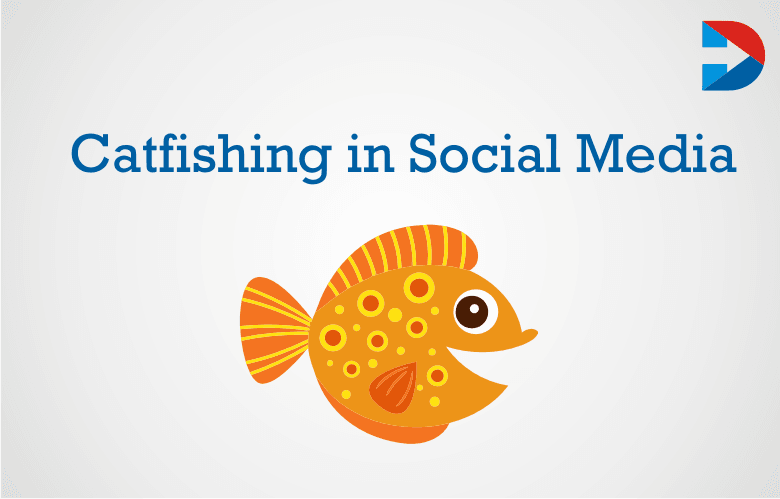 Catfishing is a term that originally referred to a type of internet scam, but now it’s also used for someone who pretends to be someone they are not online.

Recently, there’s been an explosion in the number of websites and programs available to create fake social media profiles for people who want to protect their anonymity or simply have professional profiles on the web (even if they don’t operate professionally).

So “catfish” usually means a person tending such profiles and using them with deceptive intent. The term catfish can also refer specifically to the act of luring someone into believing they’re sexy when all you wanted was attention.

Catfishing is the term for an Internet-based deception where people create fake profiles on social media sites, such as Facebook or Instagram, to represent themselves as someone other than their true identity.

This can happen for various reasons, to reaffirm one’s self-identity as being desired and attractive (regardless of whether the subject portrays themselves positively or negatively), for revenge, out of boredom, or just for fun.

Common motives include personal benefits like a more satisfying social life by meeting credible new people offline; to raise one’s online presence by increasing likes and followers; humiliation through posting explicit content for financial gain; increased status within a group who believe they are in contact with a celebrity; misinformation designed to infiltrate.

How to Identify the Fake Accounts in Online Social Media

Humans are social creatures who like to talk about themselves. As a result, they often post personal information for public consumption. You can spot some of the most blatant giveaways that this is not a genuine social media profile by looking at these metrics on their posts or photos.

Verify their social media profiles by looking at the numbers of followers, updates, and extended profile information. Also, take note of their activity. If they only post photos and comment on other people’s posts without any original content or topics, chances are it might not be theirs.

If you’re using Facebook, search for them by using different ways to spell their name. There could be duplicate accounts or someone impersonating them because they can’t find this person.

Also, if you see that the stories/pictures have been uploaded to more than one account, they most likely came from an actual event happening somewhere, meaning that these are likely being posted in conjunction with others rather than being done by themselves especially.

Though it offers many benefits, it is also a terrifying place. While the internet and social media made it easy for the people to connect and communicate even if they are 1000s of miles away from each other, it also opens doors for fraud and deception. Everything about Catfishing in Social Media is given here.

Catfishing is a phenomenon in which people pretend to be someone else online to lure targets into a relationship. Catfish creates a fake profile using the photos and personal information of others.

These people aim to extract money or get personal details of victims and use them to blackmail them. They request for money and never want to meet up in person.

Others use their fake identity to meet up with the victim in person, and this could be extremely dangerous.

The word ‘Catfish’ became famous when a documentary of the same name released in 2010. The story of the literature is that a man falls in love on Facebook with a woman and finds out that her identity was a lie. Since then, people started using the term to describe people pretend to be others on social media.

There are many reasons why people catfish. These can be to engage in romantic or sexual relationships with people on social media.

To obtain pornographic photos or videos of their target and sell them to make money or to blackmail the victim for money. For stealing money from others, or for stalking and grooming minors.

Revenge appears to be one of the principal reasons for people to decide to catfish others. Ditched lovers, ex-friends, enemies, etc. with time on hand might become catfishes.

The catfishing phenomenon can be observed all over the internet, including social media sites, dating sites, etc. These people make use of the information they know about the victims and try to impress them.

Some people use the virtual world to live the life of their dreams. They enjoy playing the roles they choose to and cannot play in the real world. They try making others believe that they are glamorous, successful, or else that they are facing heart-wrenching tragedy.

They want to escape from the reality of their own lives as they are bored, bullied, or have so many problems in their life.

Some others want to get money from others. They may be alone, act with a group. They try to form long relationships with the victims to continue to get cash.

They trick people into sending those gifts or money. This is the most common scam observed on the internet — a lot of people for prey to these scammers.

Dangers of catfishing for person catfished

The person who got catfished becomes emotionally disturbed, and their self-esteem might diminish. There will be embarrassment, monetary loss, time, and energy and resources loss into the relationship for a fake person or a person who never existed.

How to Avoid Getting Catfished?

It is possible to avoid getting catfished online. Tools such as Google Image Search helps in this. If you are speaking to someone online, do some Google search to get the information revealed about them. Find if the person is what he claims to be.

The phenomenon of catfishing in social media is not new and is seen since when the internet introduced. Every internet user must ensure that they do not fall prey to these people. The launch of too many social media apps or sites is intended to fraud the users to retrieve their data that leads to drawing the money from their accounts.